Solar reflectance and thermal emittance are the two radiative properties to consider when selecting a cool roof. (Image courtesy of the Cool Roof Rating Council)

On a summer afternoon, the black roof at left was measured to be 30ºC (54ºF) warmer than the white roof at right. (Image courtesy of the U.S. Department of Energy)

The winter heating penalty is outweighed by summer cooling savings of cool roofs in most of the U.S., except where the chart is bright green in the north. (Image courtesy of Heat Island Group, Lawrence Berkeley National Laboratory) 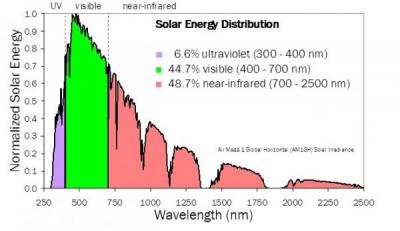 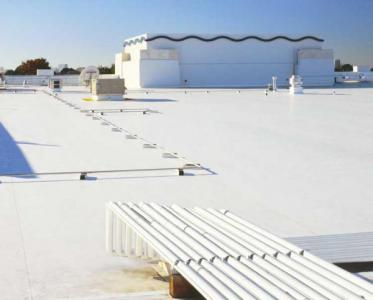 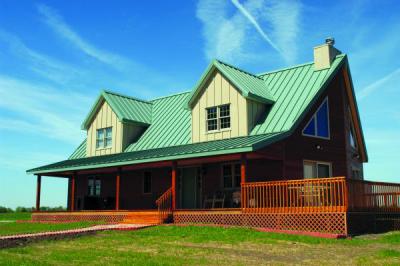 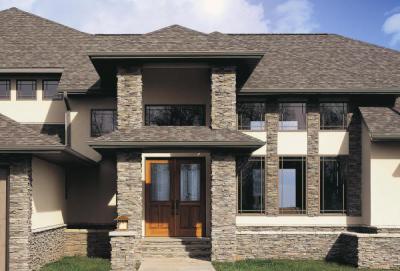 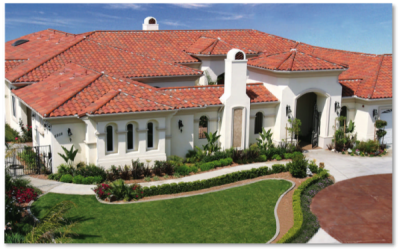 At noon on a clear summer day in the United States, a flat (horizontal) surface receives about 1000 watts of sunlight per square meter. (This is about 100 watts, or the power of a bright incandescent light bulb, per square foot.) Traditional dark roofs strongly absorb this sunlight, heating both the building and the surrounding air. This increases energy use in air conditioned buildings, and makes non-air conditioned buildings less comfortable. Hot dark roofs also aggravate urban heat islands by warming the air flowing over the roof, and contribute to global warming by radiating heat into the atmosphere.

We note that since the spectrum of thermal radiation (4-80 microns) does not overlap with that of solar radiation (0.3-2.5 microns), thermal emittance is independent of solar reflectance. Thus, we distinguish between the two when defining a cool roof.

Cool roofs may also have some undesirable effects.

The Science of Cool

On a typical summer afternoon, a cool-colored roof that reflects 35% of sunlight will stay about 12°C (22°F) cooler than a traditional roof that looks the same but reflects only 10% of sunlight.

White materials are a popular cool option for building surfaces that cannot be seen from the street, such as low-sloped "flat" (that is, nearly horizontal) roofs. In some parts of the world pitched roofs may also be white. Roofing products available in white include single-ply membrane, elastomeric coating, painted metal, tile, and ballast.

Cool-colored roofs are designed to increase reflection of sunshine while maintaining the color and aesthetic of traditional nonwhite roofing products. Over the past decade, researchers at Lawrence Berkeley National Laboratory and Oak Ridge National Laboratory have worked with roofing manufacturers to create a variety of cool-colored products for pitched roofs. These include asphalt shingle, metal, tile, and ballast products. Cool color technology can also be used to create nonwhite materials for low-sloped roofs, such as membranes and coatings.

Akbari, Hashem, and Steven J Konopacki. "The impact of reflectivity and emissivity of roofs on building cooling and heating energy use." Proceedings of Thermal VII: Thermal Performance of the Exterior Envelopes of Buildings VII 1998.