Cool Roofs and Global Cooling: A Response to Jacobsen and Ten Hoeve (2011) 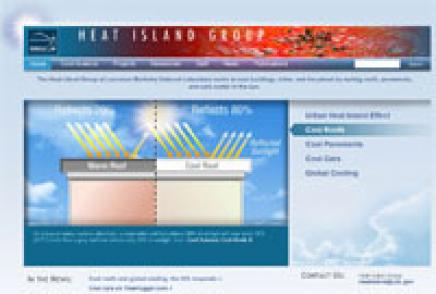 A recent Journal of Climate paper by Stanford's Mark Jacobson and John Ten Hoeve (2011) on urban heat islands and cool roofs is a useful contribution to the literature. However, their results regarding white roofs are preliminary and uncertain. Along with our own work at the Lawrence Berkeley National Lab, other published papers have addressed the broader benefits of white roofs. In our view, these studies taken together raise important issues that need to be considered from a policy standpoint to fully understand the potential of more reflective (white or cool) surfaces.

Jacobson and Ten Hoeve note that reflecting light from white roofs may lead to a decrease in cloud cover, thereby increasing, not decreasing, the urban heat effect. But they also note that their findings might change if they used different models. This is an ongoing research area not only for their group, but others, and ours as well. The findings should not be considered settled.

We have found that white roofs do provide a low-cost solution that can help buildings reduce energy costs, in a wide variety of climates, as well as cool the atmosphere regionally and globally. We have also found disadvantages. The reflective roofs may cause unwanted glare, for example, and may modestly increase heating costs in winter. But answers to these issues are exactly the ones we're working hard to find.