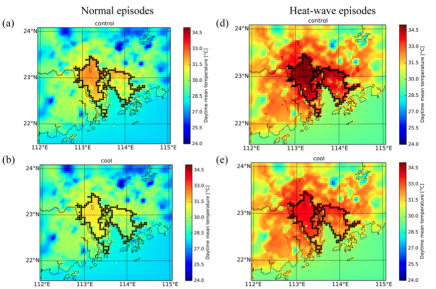 It is well established that white roofs can help mitigate the urban heat island effect, reflecting the sun’s energy back into space and reducing a city’s temperature under normal weather conditions. In a new study of Guangzhou, China, Lawrence Berkeley National Laboratory (Berkeley Lab) researchers working with Chinese scientists found that during a heat wave, the effect is significantly more pronounced.

Using a regional climate model combined with an urban model that allowed researchers to adjust roof reflectance, they found that the average urban midday temperature was lowered by 1.2 degrees Celsius (2.2 degrees Fahrenheit) during heat waves, or 50 percent more than the 0.8 degrees Celsius reduction for typical summer conditions. 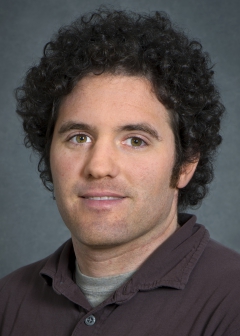 “The hotter it is, the more cooling you get with cool roofs—and it is a significant difference, compared to the margin of error,” said Millstein. “We found that the stagnant conditions of a heat wave, where the air is just sitting over the city, was one of the main factors.”

The reasons for studying heat waves have to do with both health and energy. “That’s when reducing the hottest temperatures can have the most health benefit,” Millstein said. “It’s also when the electric grid is the most stressed. Air conditioners are running at full speed and with no break, so a small change on the margin can have a bigger impact.”

In addition to reducing city temperatures more during a heat wave, the researchers also found that cool roofs can decrease the intensity of the urban heat island effect more during extreme conditions. “Looking at the average difference in temperature between every grid cell in the city and the adjacent rural area, cool roofs had a more dramatic effect during heat waves,” Millstein said.

Guangzhou is a sprawling megacity in southern China, near Hong Kong, with a population of more than 8.5 million. Researchers simulated conditions from six of the strongest historical heat waves over the last decade, and compared them to 25 typical summer weeks between 2004 and 2008.

For the purposes of the study, the researchers made all the roofs in the city as reflective as an aged white roof. While it is unlikely that will ever occur, it was necessary to have a statistically significant signal. A government policy, Millstein said, would likely be necessary to encourage use of cool roofs. 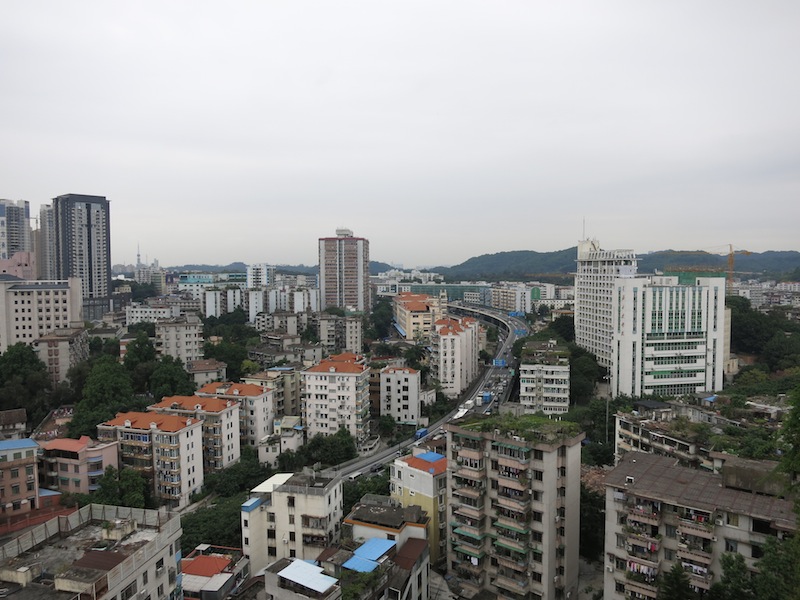 “It wouldn’t have to be all at once, just as they’re replaced,” he said. “That’s one of the reasons we think so much about cool roofs—because it’s free or inexpensive to put a cool roof on when you’re putting a new roof on anyway.”